Early this afternoon at the Joint Committee on Public Service, legislation to support Officer Chesna and his family were introduced and looked upon favorably by members. 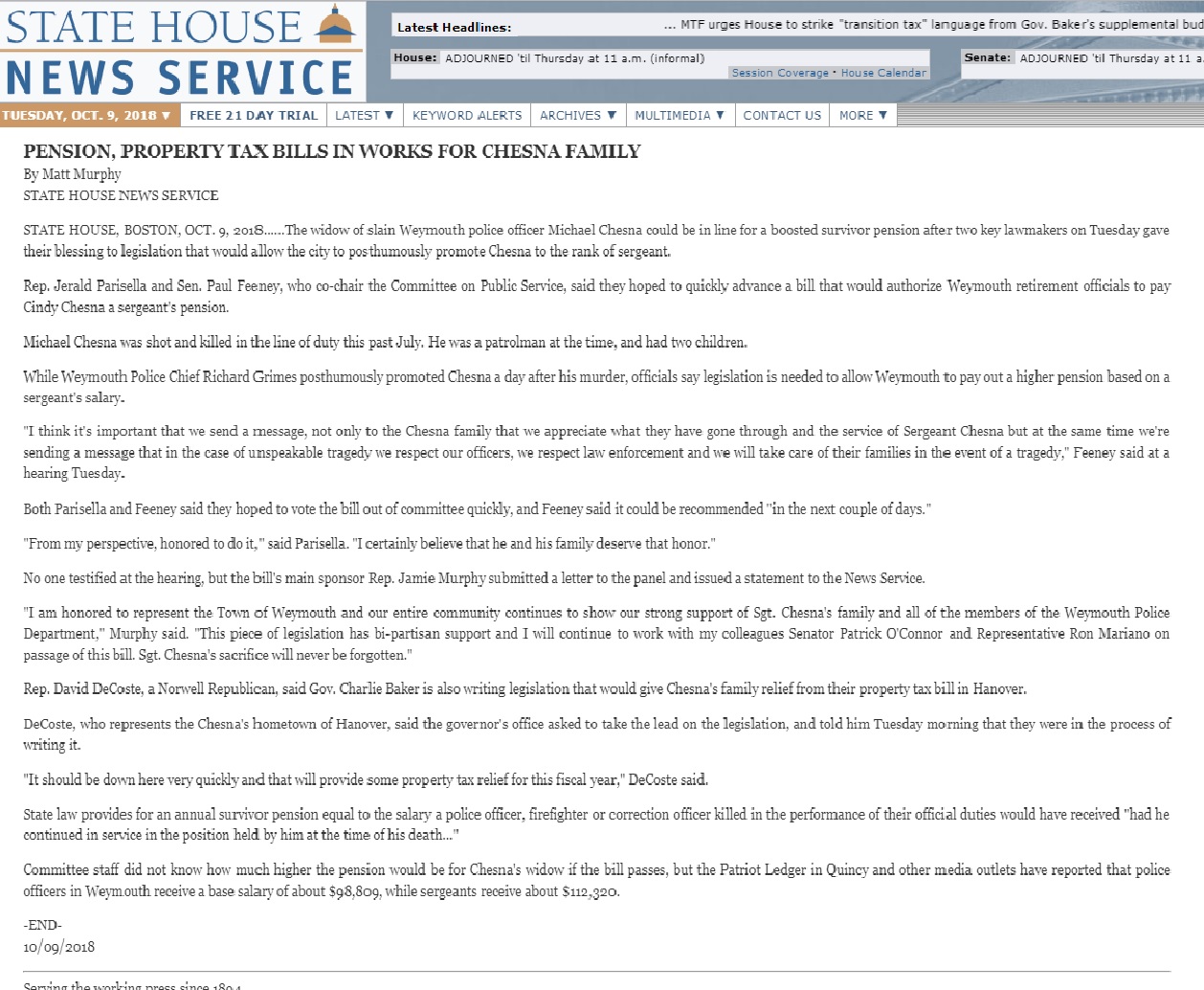 STATE HOUSE, BOSTON, OCT. 9, 2018......The widow of slain Weymouth police officer Michael Chesna could be in line for a boosted survivor pension after two key lawmakers on Tuesday gave their blessing to legislation that would allow the city to posthumously promote Chesna to the rank of sergeant.

Rep. Jerald Parisella and Sen. Paul Feeney, who co-chair the Committee on Public Service, said they hoped to quickly advance a bill that would authorize Weymouth retirement officials to pay Cindy Chesna a sergeant's pension.

Michael Chesna was shot and killed in the line of duty this past July. He was a patrolman at the time, and had two children.

While Weymouth Police Chief Richard Grimes posthumously promoted Chesna a day after his murder, officials say legislation is needed to allow Weymouth to pay out a higher pension based on a sergeant's salary.

"I think it's important that we send a message, not only to the Chesna family that we appreciate what they have gone through and the service of Sergeant Chesna but at the same time we're sending a message that in the case of unspeakable tragedy we respect our officers, we respect law enforcement and we will take care of their families in the event of a tragedy," Feeney said at a hearing Tuesday.

"From my perspective, honored to do it," said Parisella. "I certainly believe that he and his family deserve that honor."

No one testified at the hearing, but the bill's main sponsor Rep. Jamie Murphy submitted a letter to the panel and issued a statement to the News Service.

"I am honored to represent the Town of Weymouth and our entire community continues to show our strong support of Sgt. Chesna's family and all of the members of the Weymouth Police Department," Murphy said. "This piece of legislation has bi-partisan support and I will continue to work with my colleagues Senator Patrick O'Connor and Representative Ron Mariano on passage of this bill. Sgt. Chesna's sacrifice will never be forgotten."

DeCoste, who represents the Chesna's hometown of Hanover, said the governor's office asked to take the lead on the legislation, and told him Tuesday morning that they were in the process of writing it. 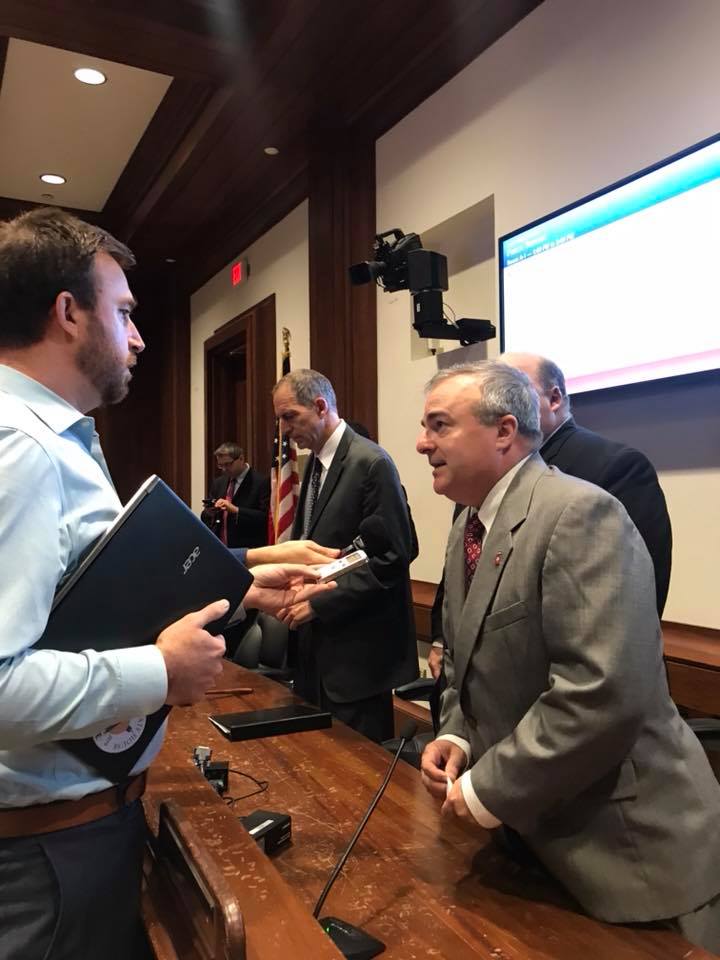 "It should be down here very quickly and that will provide some property tax relief for this fiscal year," DeCoste said.

State law provides for an annual survivor pension equal to the salary a police officer, firefighter or correction officer killed in the performance of their official duties would have received "had he continued in service in the position held by him at the time of his death..."

Committee staff did not know how much higher the pension would be for Chesna's widow if the bill passes, but the Patriot Ledger in Quincy and other media outlets have reported that police officers in Weymouth receive a base salary of about $98,809, while sergeants receive about $112,320.