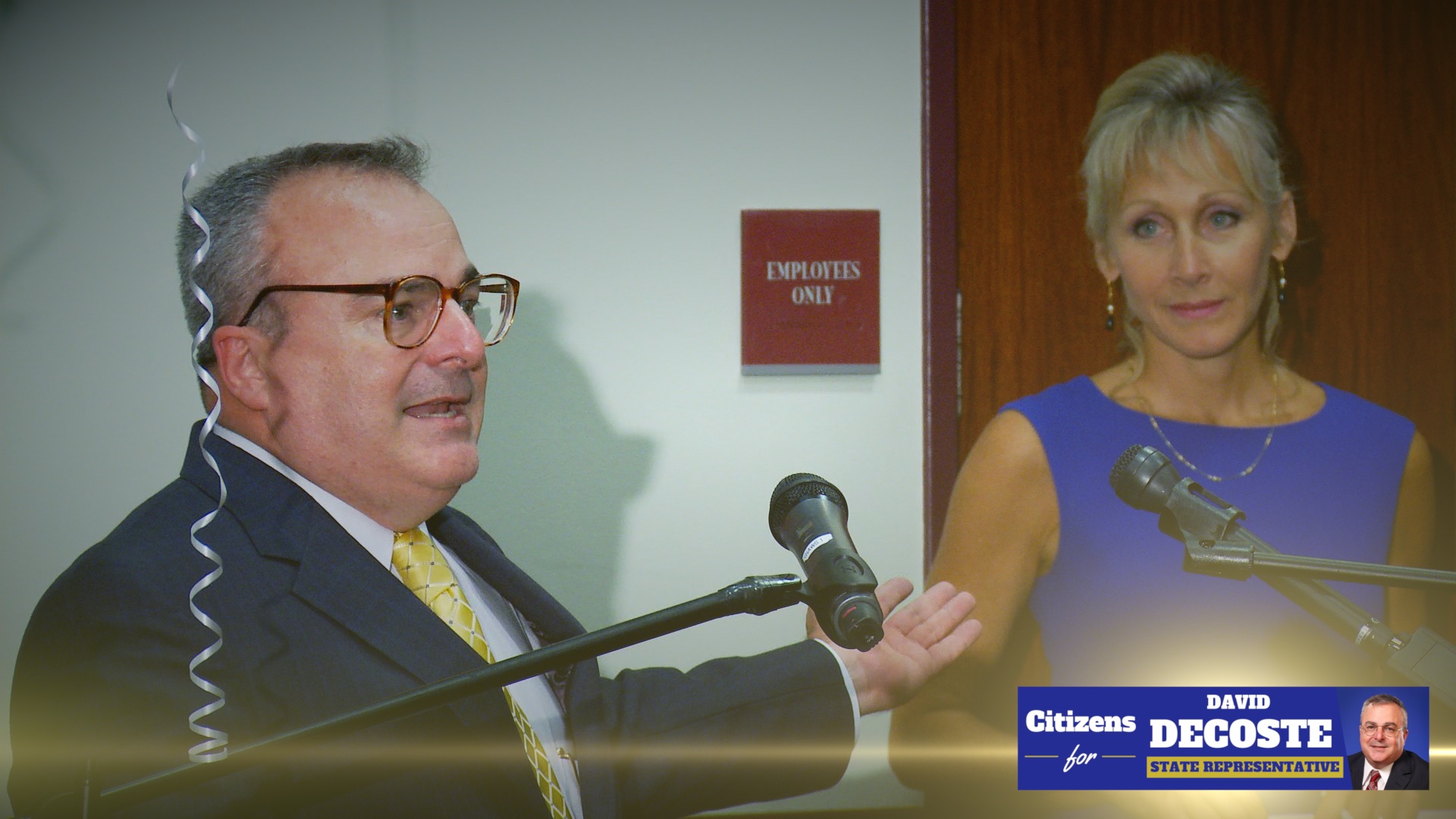 I have supported efforts to roll back the sales tax to 5%. I support reducing the number of state employees through a hiring freeze. I have pledged not to support any new taxes and I am pleased to have the endorsement of Citizens for Limited Taxation.

I support eliminating unfunded requirements and will not vote for any bill imposing further unfunded mandates on communities. The current formula for state educational funding is outdated and results in the redistribution of local resources to urban school systems rife with corruption and overspending. This formula needs to be updated.

Former Representative Shauna O'Connell among others has championed a number of sensible measures addressing illegal immigration that I support. Among them are requiring proof of residency to receive local service, increasing the penalties for producing counterfeit identification documents and withholding funding to municipalities that engage in sanctuary policies thereby harboring illegal immigrants. I support significantly increasing penalties for organizations that knowingly hire illegal immigrants.

In 2005, then Governor Romney proposed a bill, which would have reinstated the death penalty for specific crimes including, but not limited to terrorism, assassinating law enforcement officers, judges, etc. I support those efforts to reintroduce the death penalty for limited cases including those cases included in Governor Romney's original proposal.

Massachusetts should aggressively participate in the Secure Communities program as implemented by Immigration and Customs Enforcement. This program poses no threat to law-abiding citizens and allows local law enforcement to assist law enforcement at the federal level to enforce our immigration laws.

As currently written, Chapter 40B allows developers to disregard local zoning and impose outsized and often poorly conceived housing projects within municipalities. I support the complete repeal of this law and allow the free market to address current housing needs. The law should be amended at the very least to:

• Include the ability to take into account the environmental impact of large developments, especially as regards the impact on aquifers, before approval is granted.

• Provide for thorough audits of developers once projects are complete to assure that each project is in compliance with statutory to include significant penalties.

We need to do our best at the state level to augment Veterans Administration programs which are often ineptly administered and grossly ineffective.  I support efforts by the Commonwealth to mandate training and certification tests for local Veterans Service Officers.  I support legislation similar to S1885 which mandated that disabled veterans be given priority placement in public housing.

For younger veterans returning from active duty, the Commonwealth Universities and Colleges provide waivers of tuition but not fees; I support extending the waiver policy to cover fees.  I strongly support veteran's preference in civil service hiring, especially with regards to disabled veterans.

I am a life member of the American Legion, Veterans of Foreign Wars, and the Disabled American Veterans and make it a point to attend meetings regularly.  I have committed to keeping in touch with all veterans organizations supporting Hanover, Norwell, and Rockland.